I promote my activities to introduce the Sushi culture which is a traditional homestyle dish of Japan to the world. Generally, the most popular kind of sushi is called Nigiri Sushi, but in fact there are other kinds such as Maki Sushi (sushi roll), Chirashi Sushi (scattered sushi), Temari Sushi (tiny sushi ball), Inari Sushi (sushi pocket), etc., all of which are popularly enjoyed as a homestyle dishes of Japan.

“Deco Sushi” I promote has added the “fun to cook” and “fun to enjoy with your eyes” to such Sushi cultures with a hint of decoration. In order to promote the “Deco Sushi”, I aim to realise the following:

“Deco Sushi” involves the unique creativity of Japanese people, as well as the condensed culture of the “Japanese food” which is highly recognised in the world and having been registered as the world cultural heritage. As the symbol of “Cool Japan”, “Washoku”, and “Bento” Japan appeals to the world, I would like to promote “DECO SUSHI” globally. 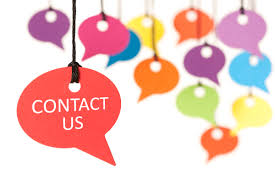